We are proud to have created gluten-free recipes that are not only tasty and certified, but also healthy.

Our products are in fact :

We have two types of preparations:

Other ingredients can be added to these basic preparations, depending on the type of dough, some of them very special:

This is obtained from the seeds of an annual herbaceous plant, Plantago psyllium.

These seeds are characterised by the presence of mucilage, soluble fibres with emollient, protective and depurative (both laxative and constipating) effects.

They are excellent both for stimulating peristalsis and for absorbing excess intestinal fluid, and also have soothing and anti-inflammatory properties that act on the gastric and intestinal mucous membranes.

They also have a probiotic effect, which favours the growth of acidophilic bacteria in the intestine at the expense of putrefactive ones, regulating metabolic functioning and strengthening the immune system. 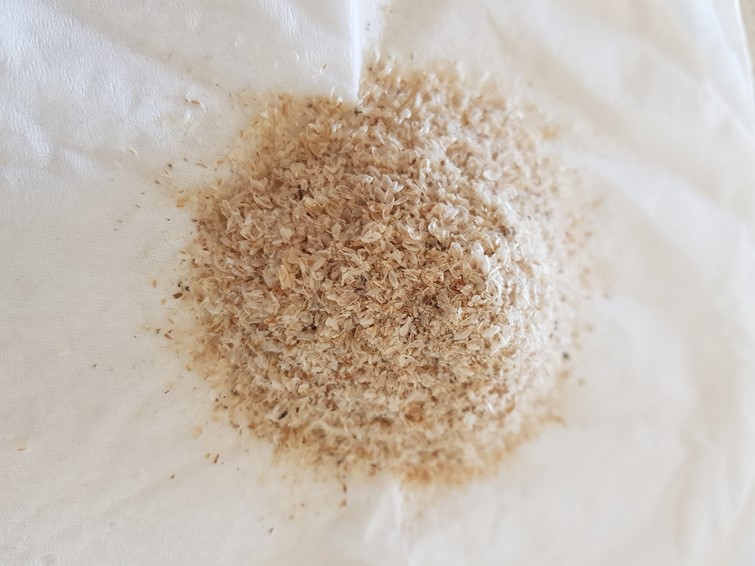 This is a powdered thickener made by grinding the dried seeds of Cyamopsis tetragonoloba, a herbaceous plant of the legume family.
It is very useful in cooking due to its great capacity to absorb liquids (5 to 8 times greater than any other type of starch).

Its high fibre content promotes digestion and the formation of bifidobacteria.

It also has hypoglycaemic functions, slowing and regulating glucose absorption (which is why it is used by diabetics and in slimming treatments) and is effective against LDL cholesterol.

This is a complex carbohydrate used as a thickener and stabiliser, it is obtained by bacterial fermentation in terms of pure crop of a carbon hydrate such as glucose.

A very small amount (0.5-1% of the preparation) is sufficient to create dense, viscous textures.

Xanthan gum also has health benefits: by absorbing a lot of water it facilitates intestinal transit and it also appears to be useful in lowering the glycemic index of foods.

A microalgae rich in amino acids, omega-6, omega-9 fatty acids, vitamins, proteins and minerals.
It acts on the metabolism as a purifier and contributes to proper nutritional intake.

It is a strong antioxidant, meaning that it helps protect against free radicals and their damage (premature ageing, neurodegenerative diseases, arteriosclerosis and some forms of cancer).

Take a look at our products here!